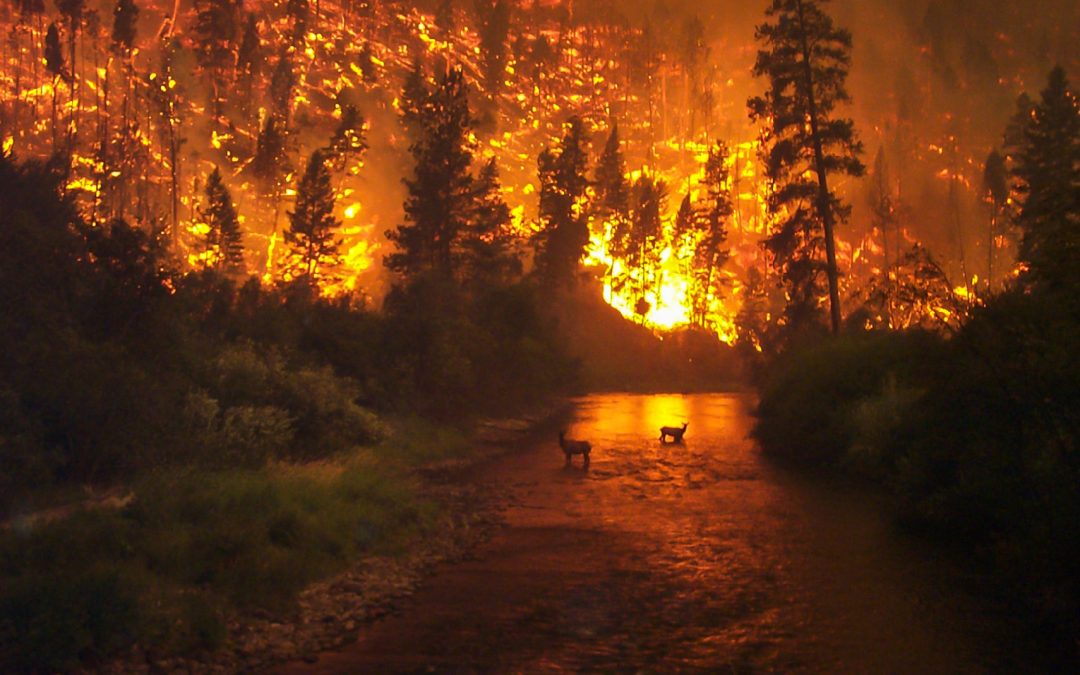 Instead of a cargo of bored business men and excited holiday makers, this aged DC-10 was carrying 12,000 gallons, thats 45,000 ltrs of bright red liquid in a huge tank attached to the centre of the fuselage. This is the story of the fire fighting water bombers. 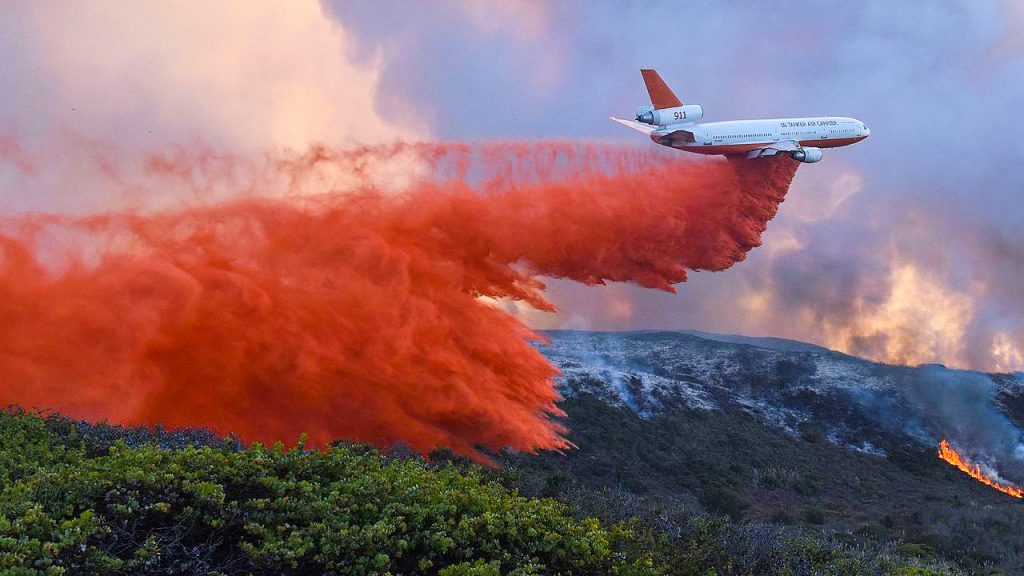 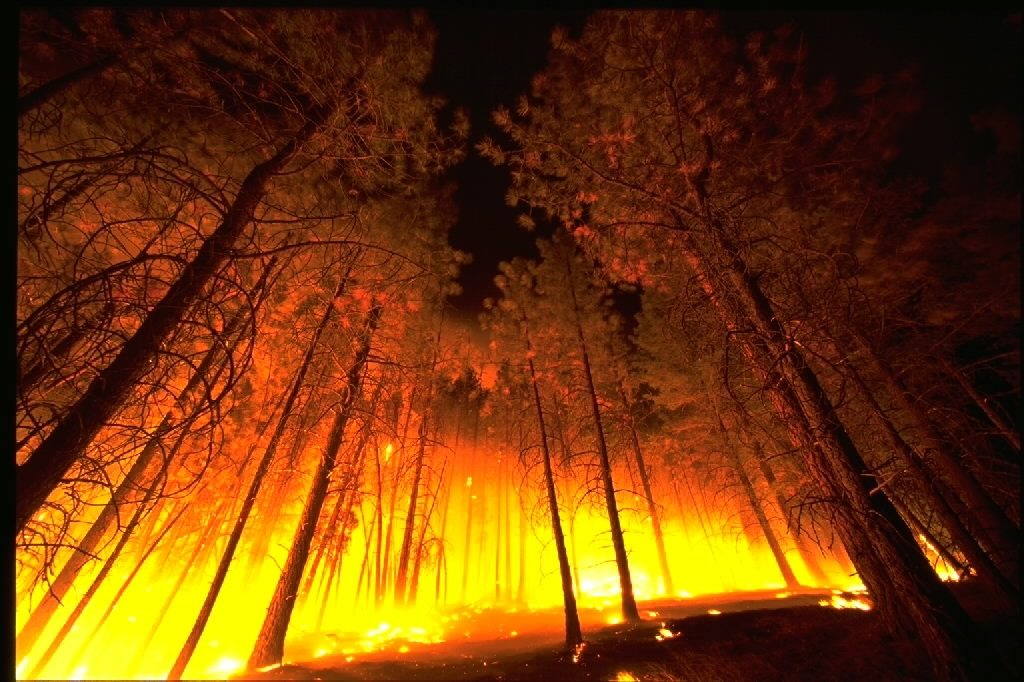 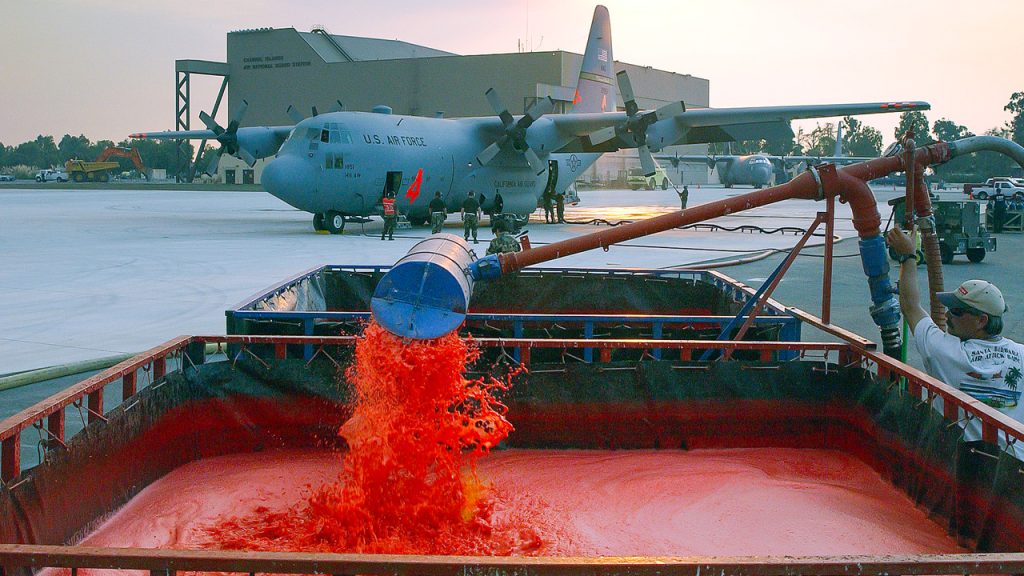 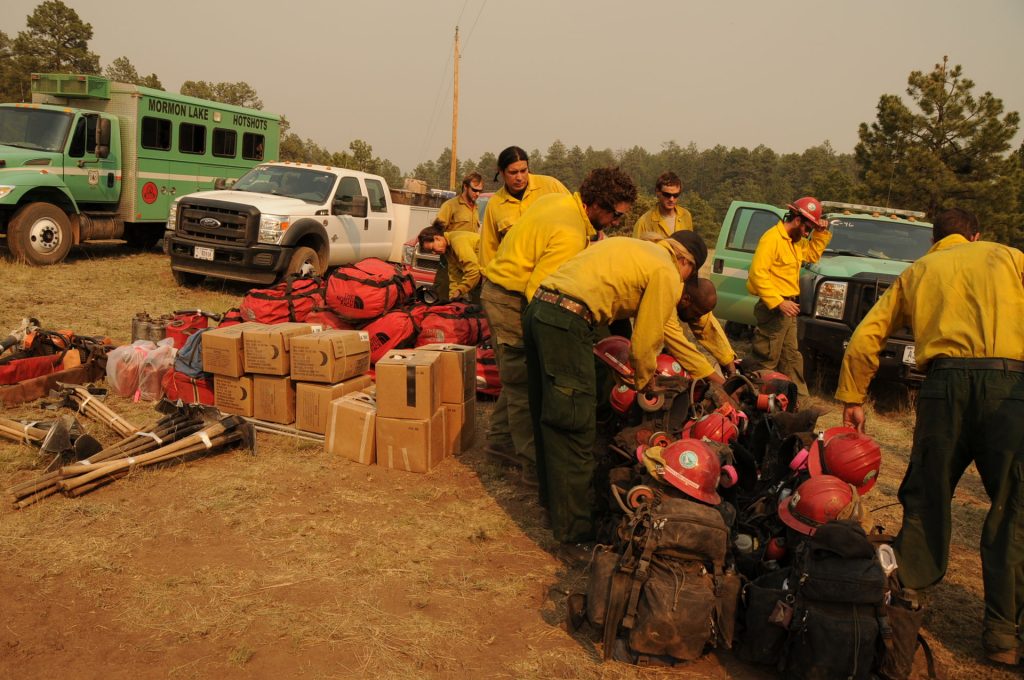 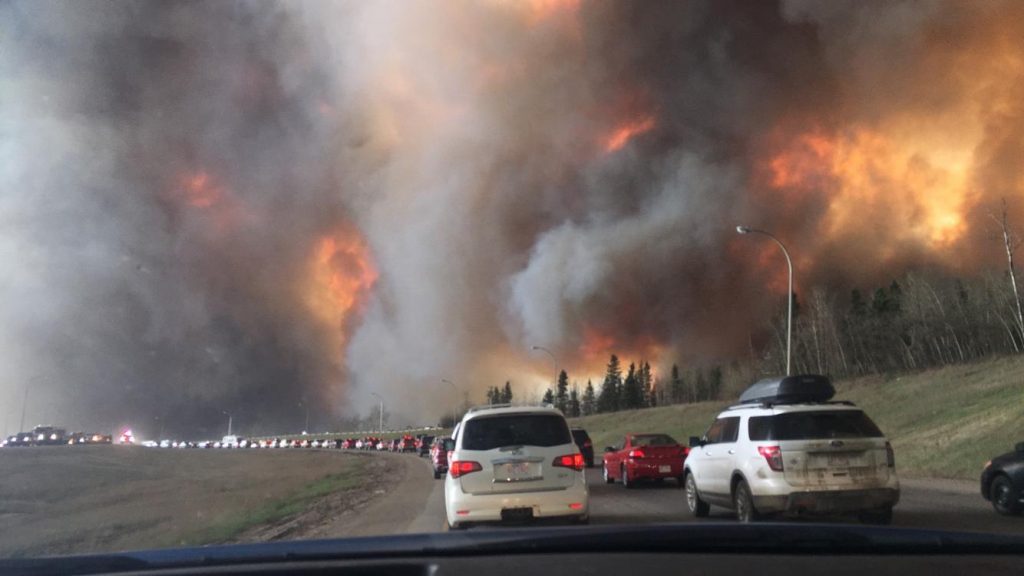 The dangers of a wildfire are considerable, even during an evacuation 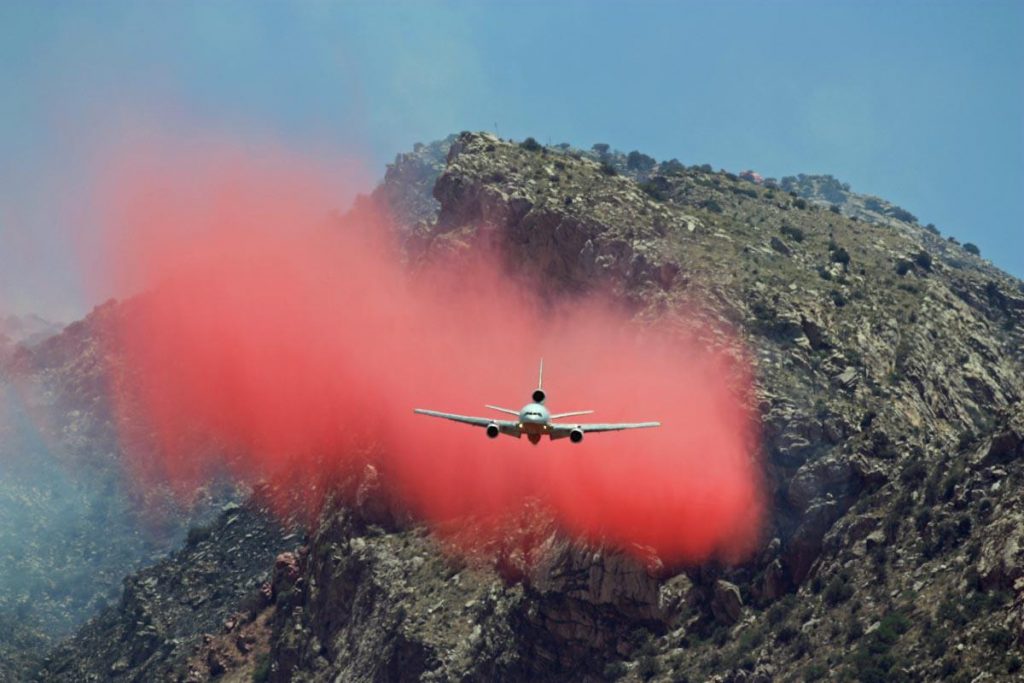 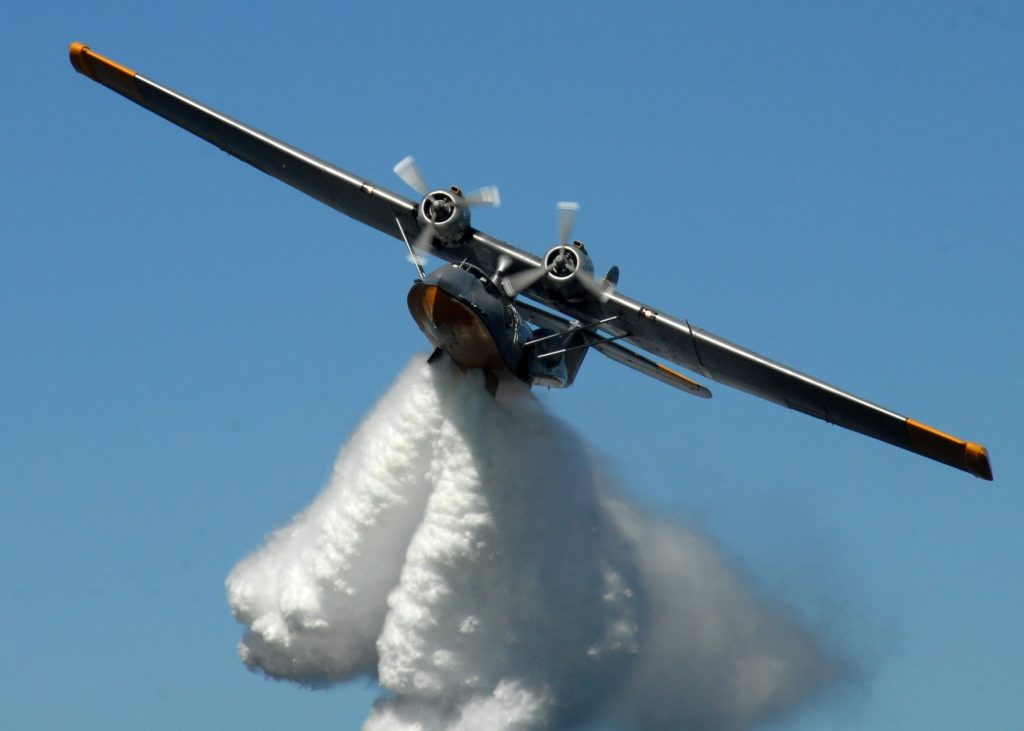 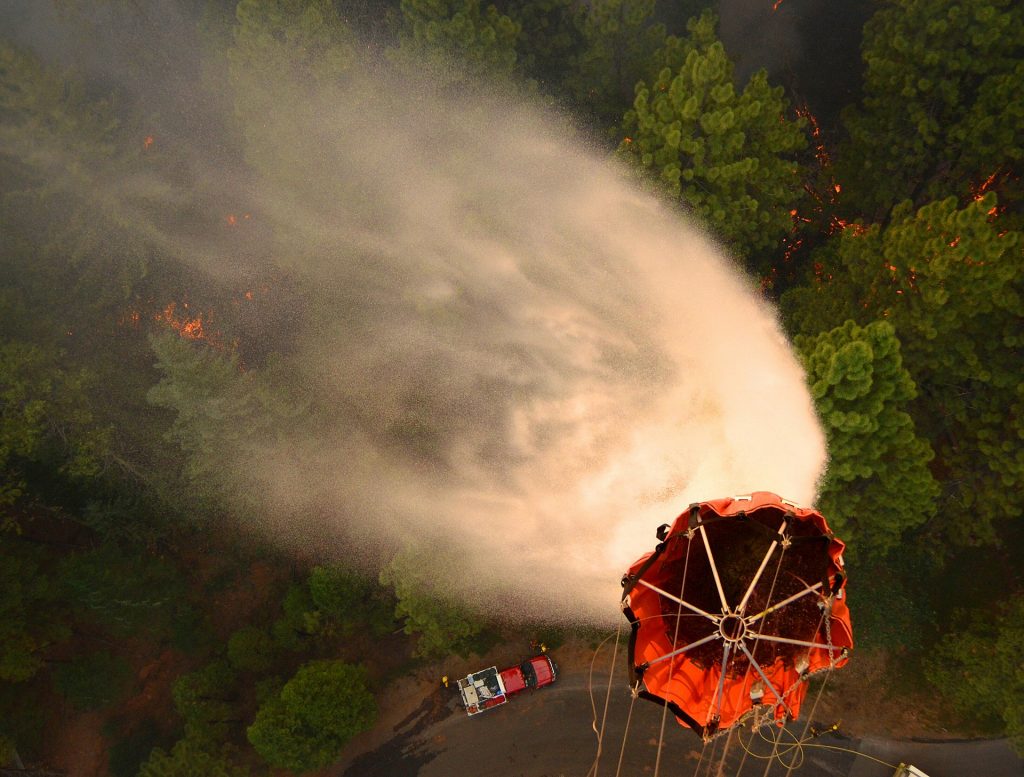 One of the few purpose built water bombers, the Canadair Superscooper 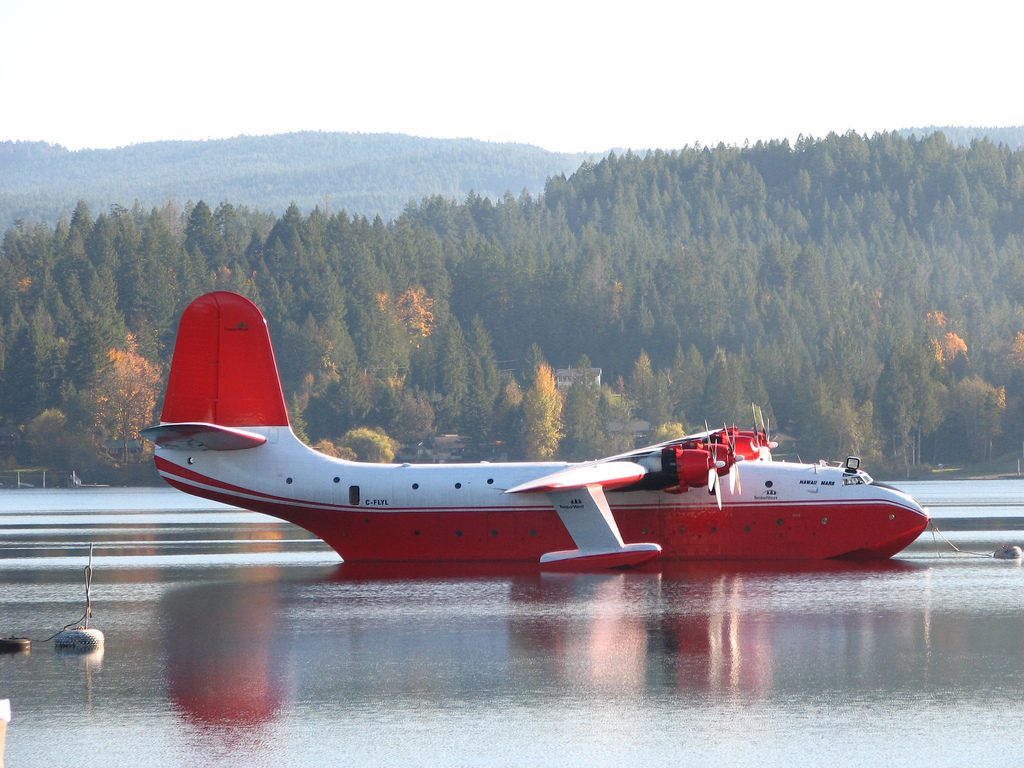