It was the 19th of January 1915 and the people of the English towns of Great Yarmouth and King’s Lynn were woken by an eerie throbbing sound from above them. No-one there had ever heard it before, this deep rumble of powerful engines in the sky, slowly approaching in the darkness. People left their homes and looked into the inky black sky but nothing could be seen. The noise grew and, now alarmed at this strange roaring, they began to run but nobody was sure which way would be safe… they didn’t know if they were running towards danger or away! Then the blackness was cracked wide open by a bright flash, soon followed by the thunder of an explosion as bombs dropped on the defenceless people below. The full horror of aerial warfare had been unleashed on the people of England and when the smoke cleared, the first deaths revealed. 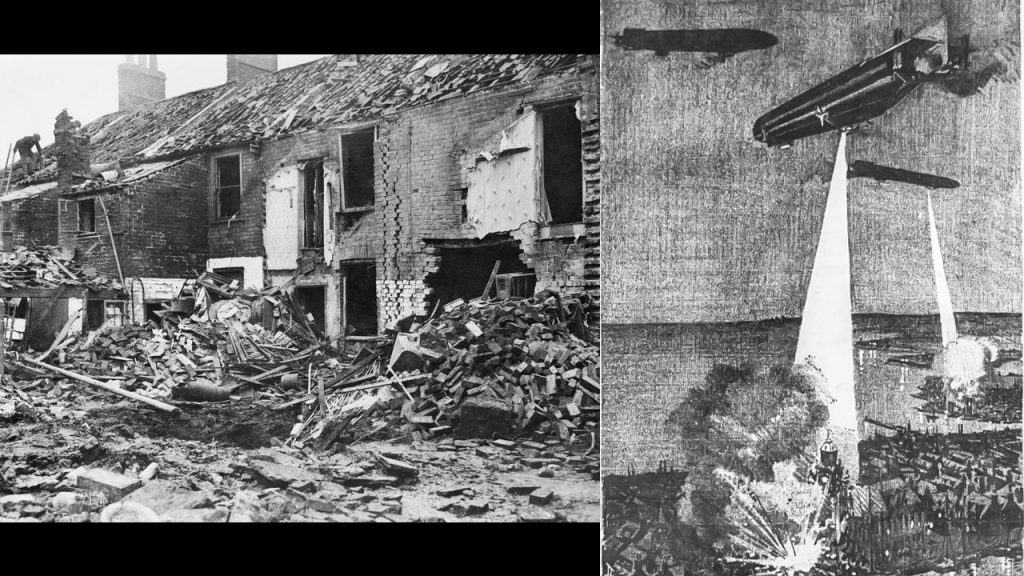 The bombing of Kings Lynn and Great Yarmouth. 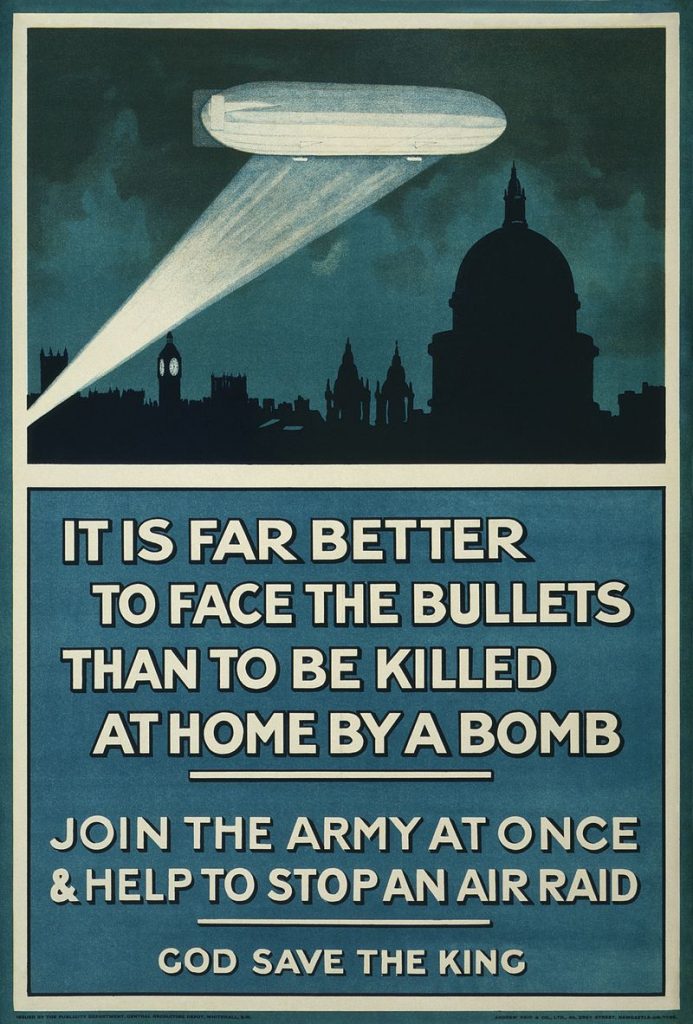 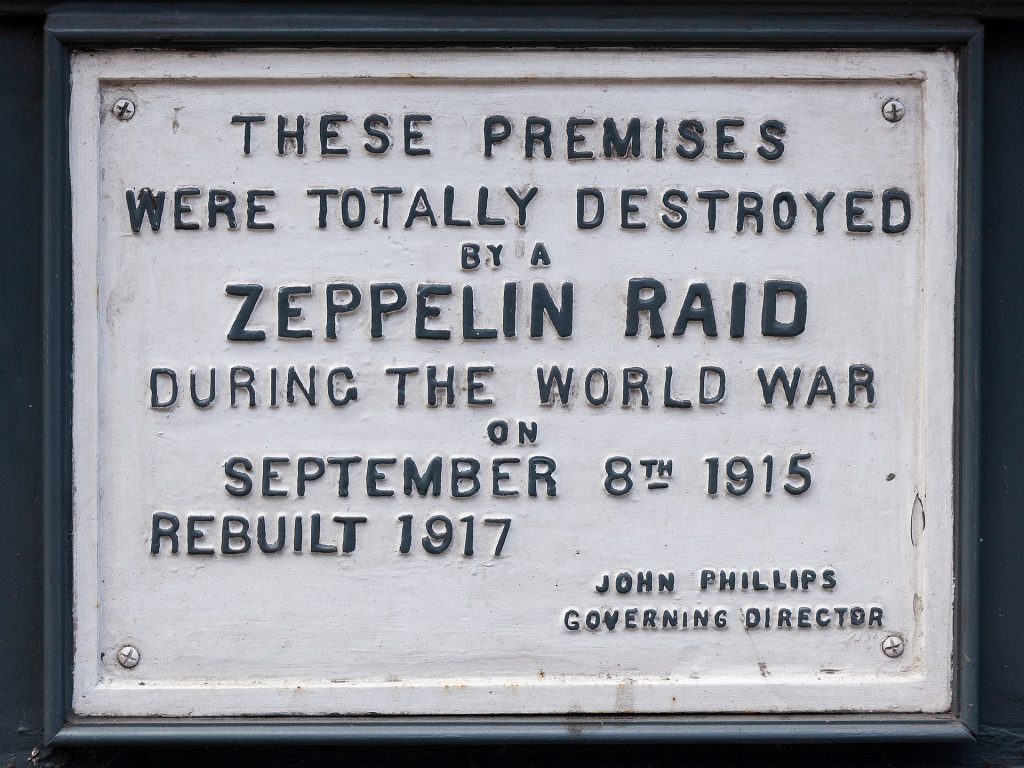 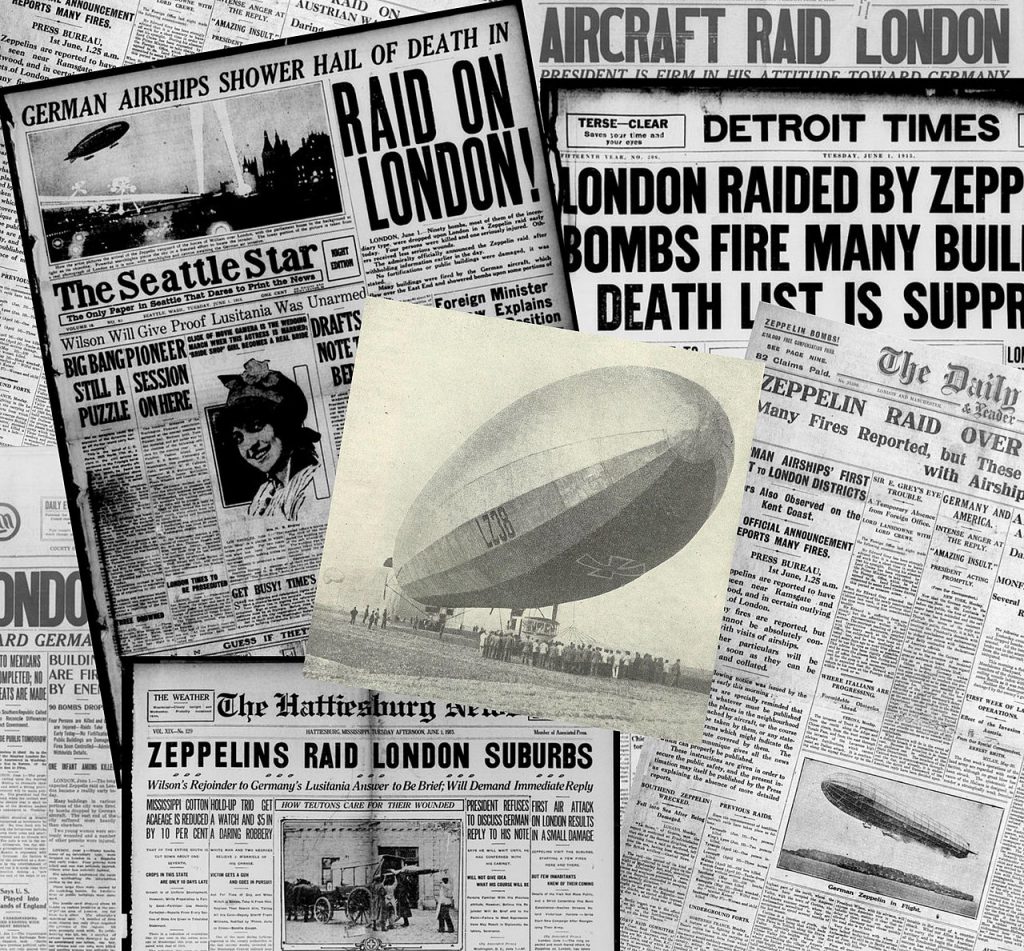 Newspaper headlines of the day. 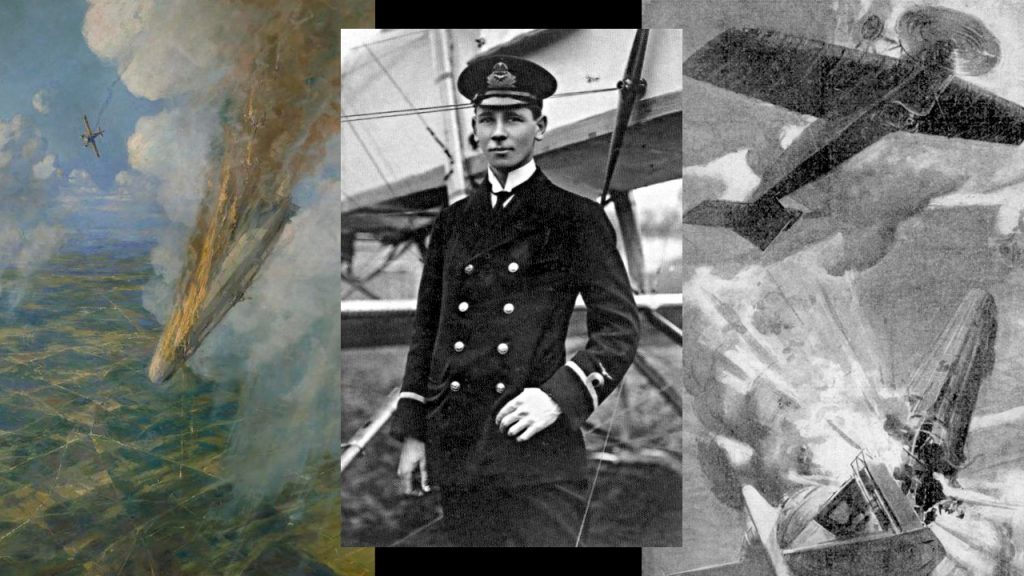 Lt Warneford’s downing of the first Zeppelin by a fighter aircraft. 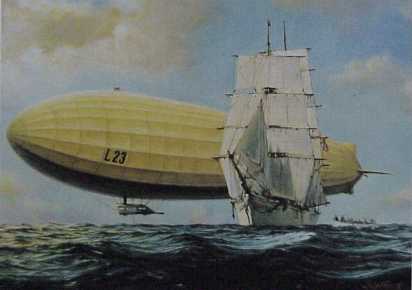 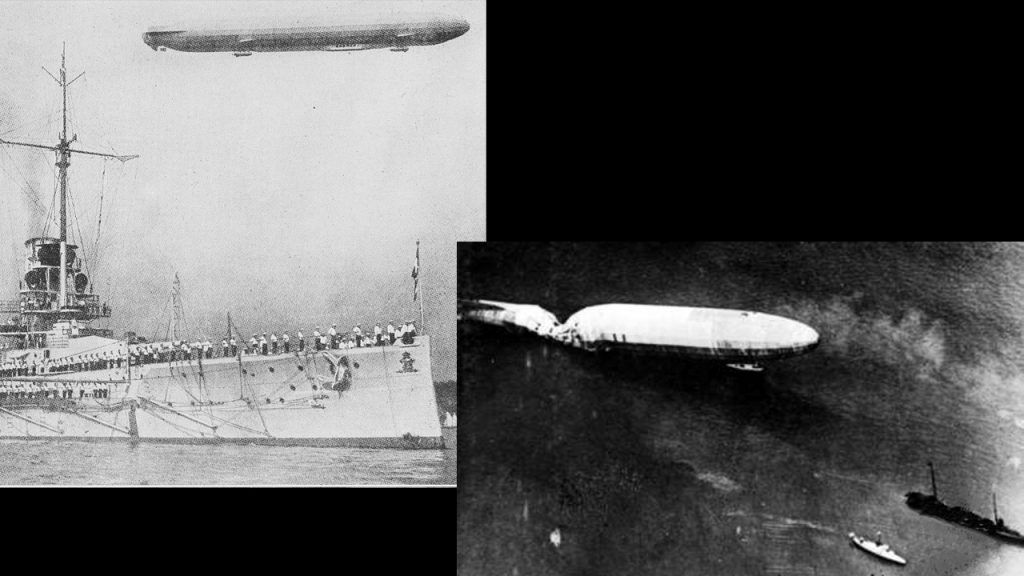 Using Zeppelins in support of the German Navy was a primary mission and crashes became commonplace. 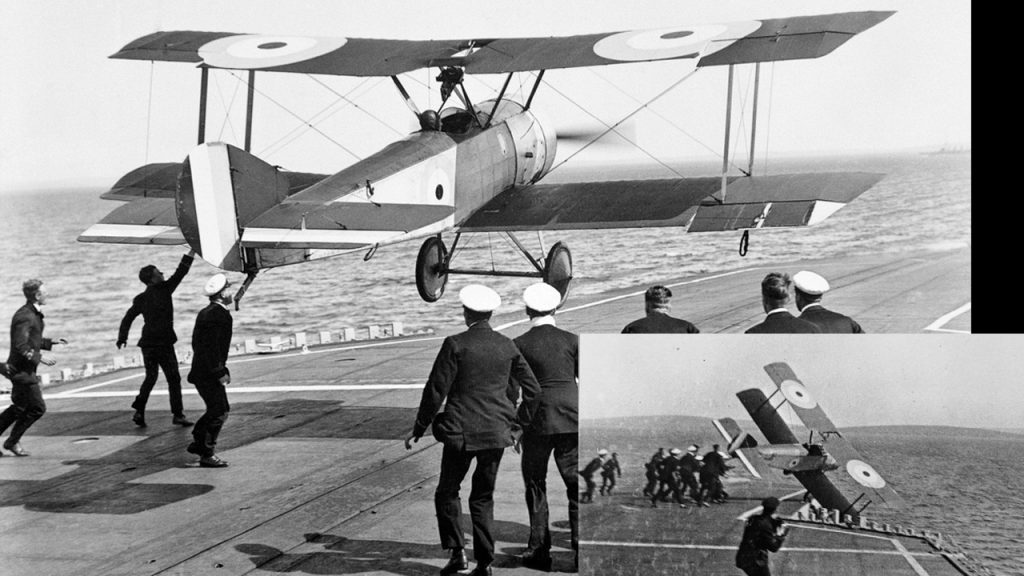 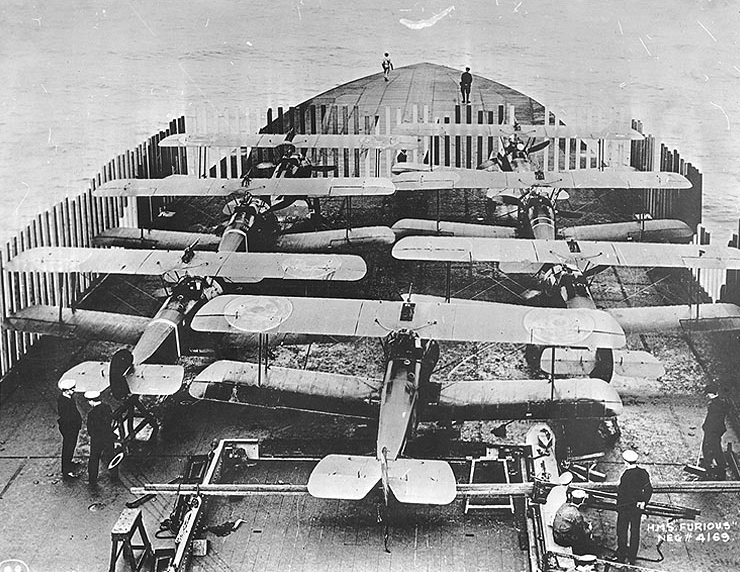 Sopwith Camels onboard HMS Furious prior to the Tondern raid. 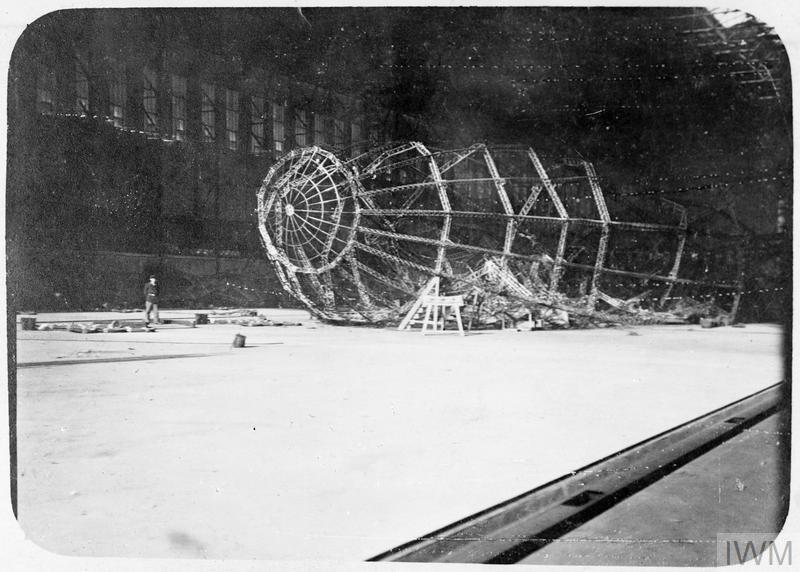 The aftermath of the Tondern raid on the Toska hangar.

Images under Creative Commons licence with thanks to The Library of Congress, Christopher Braun, Geni, Crosby F Gordon, The War Illustrated, the Imperial War Museum, Marshall Everett, the Ministry of Defence and for images in the Public Domain.