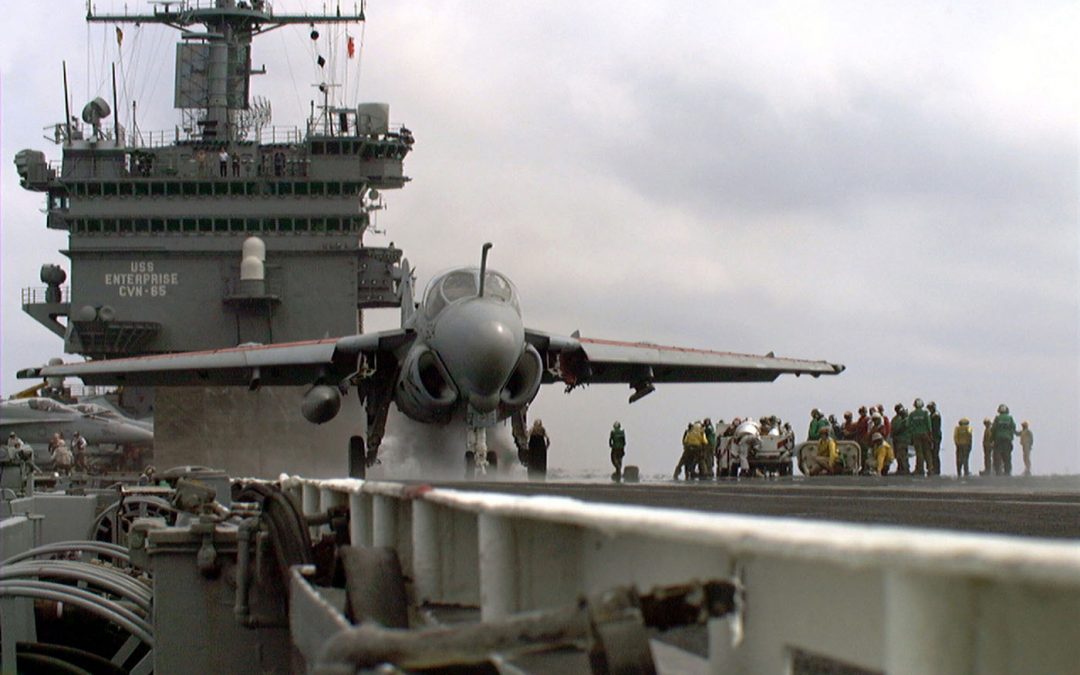 During the Vietnam war, the A6 Intruder was known for making daring, low level attacks in foul conditions and often alone.  As such it had more than its fair share of losses. One such loss was due to a lone .303 bullet which gravely injured the pilot and would have killed him if not for the brave actions of his Bombardier Navigator… actions that would result in the award of a Navy Cross. 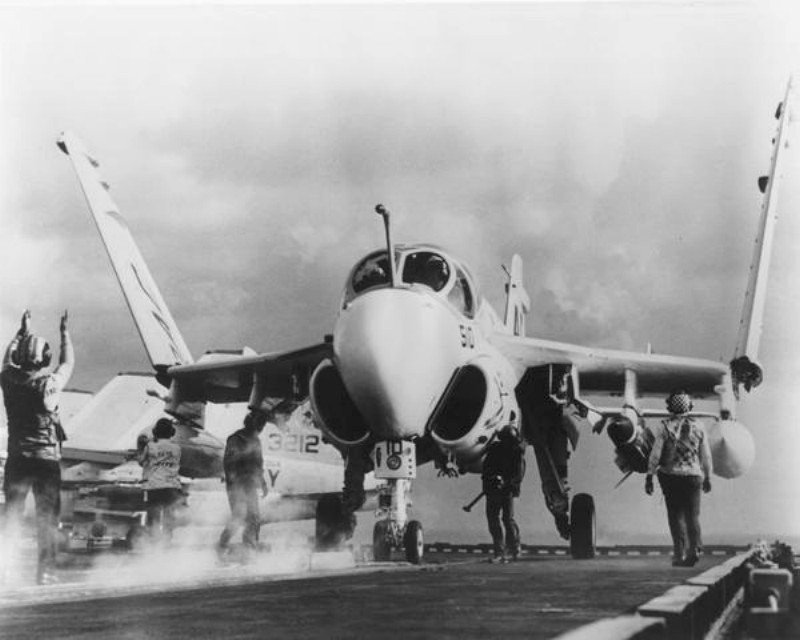 An A6 Intruder on deck. 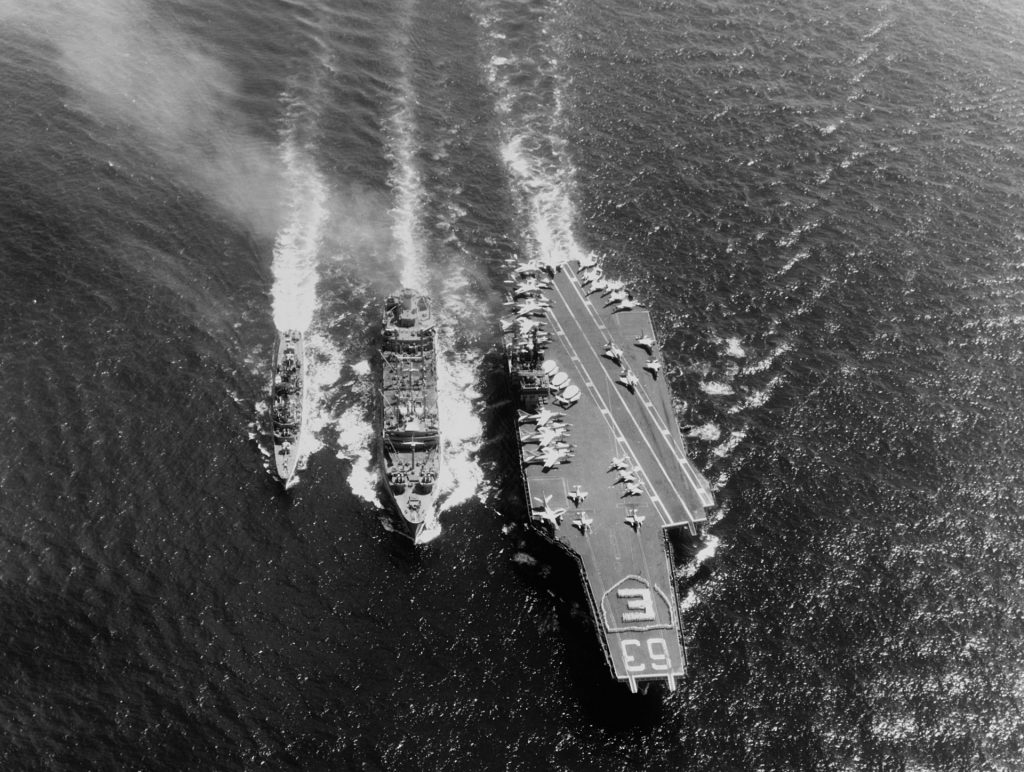 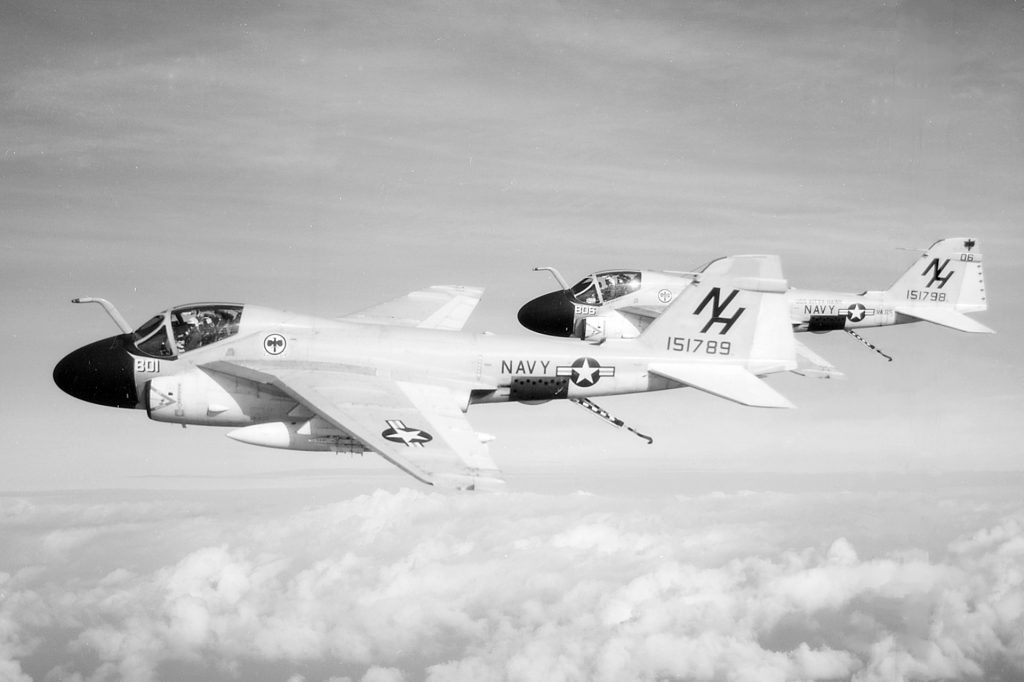 A pair of A-6As of VA-85 the Black Falcons in flight over the South China Sea.