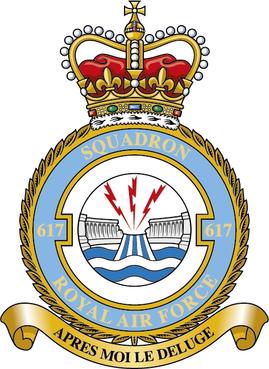 The Upkeep mine was at last working and 617 Squadron had worked up to a level of skill that was unmatched amongst the Bomber Command units.  The waters of the Ruhr dams had reached their peak and the moon was waxing gibbous towards being full.  At last, all the preparation and training was going to be put to the test and the Dambusters raid was on! 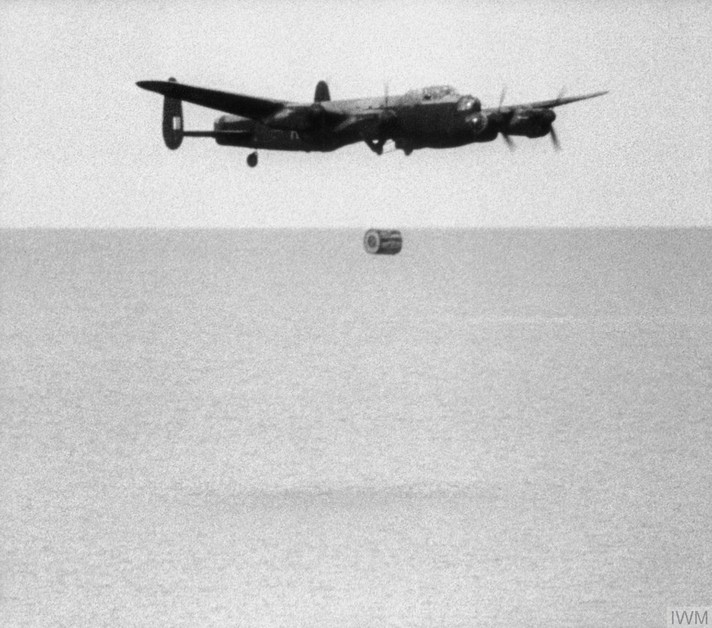 At last… Upkeep had proved itself capable of being successfully dropped. 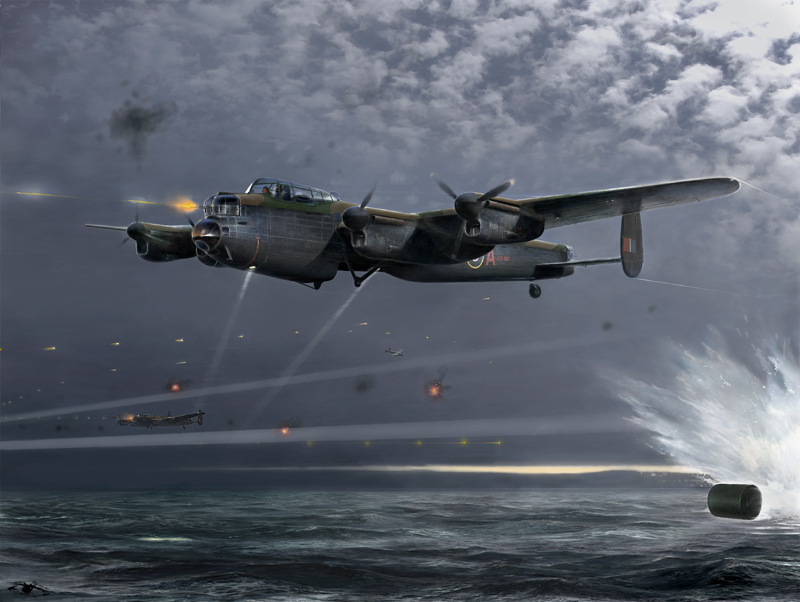 A painting depicting the attack. 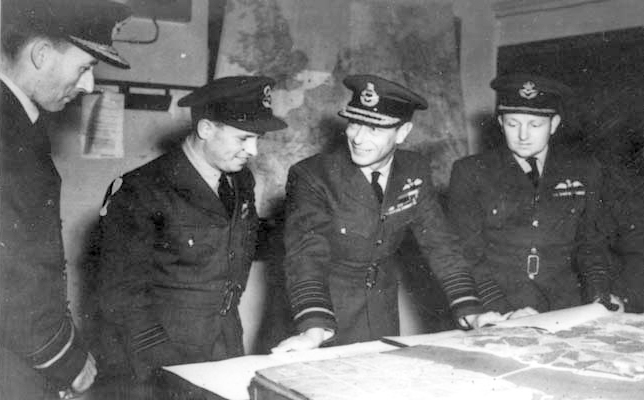 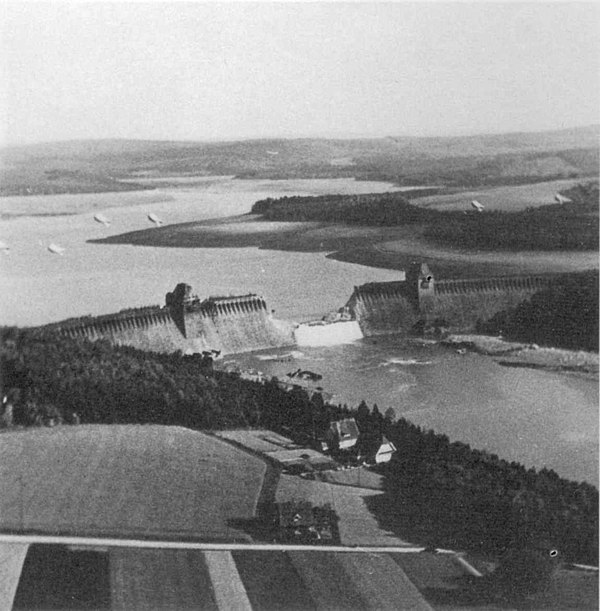 The day after the raid showing the damage done to the Mohne dam. Belatedly, barrage balloons have appeared over the dam. 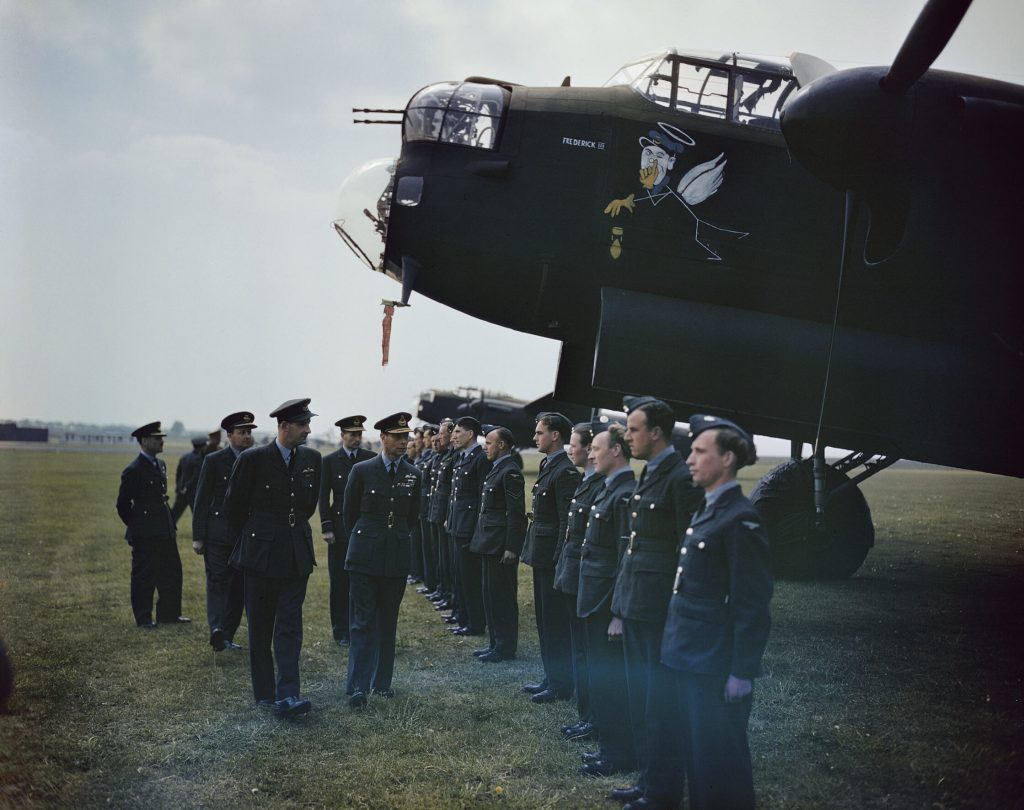 A visit by King George VI to 617 Squadron after the raid. 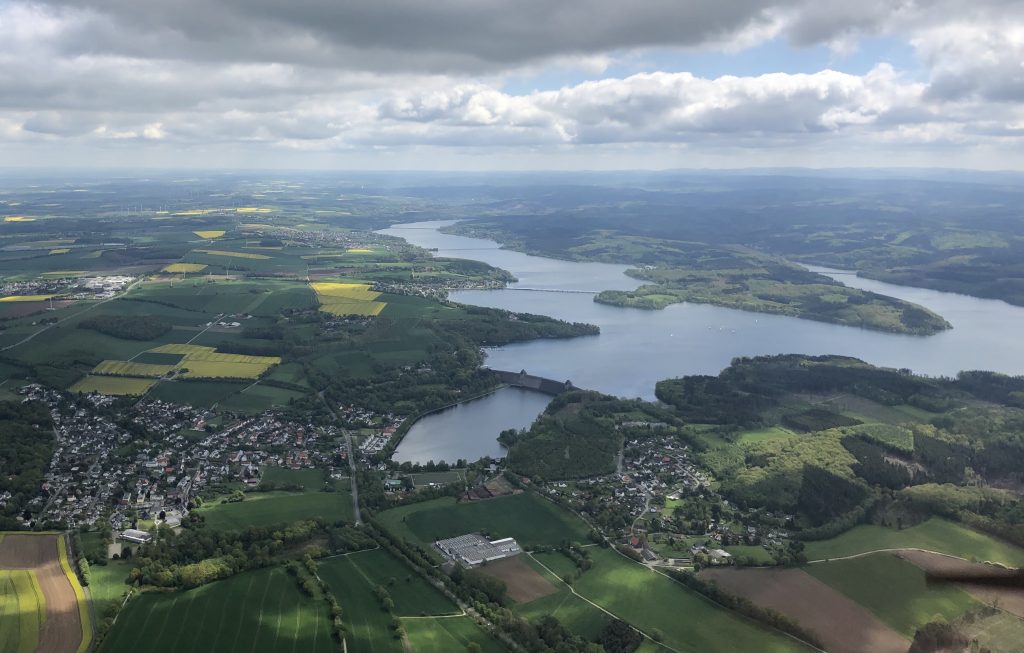 The Möhne dam as it looks today. A photograph taken by APG listener Emiel Achterberg from a C172 although he is also a keen balloonist.