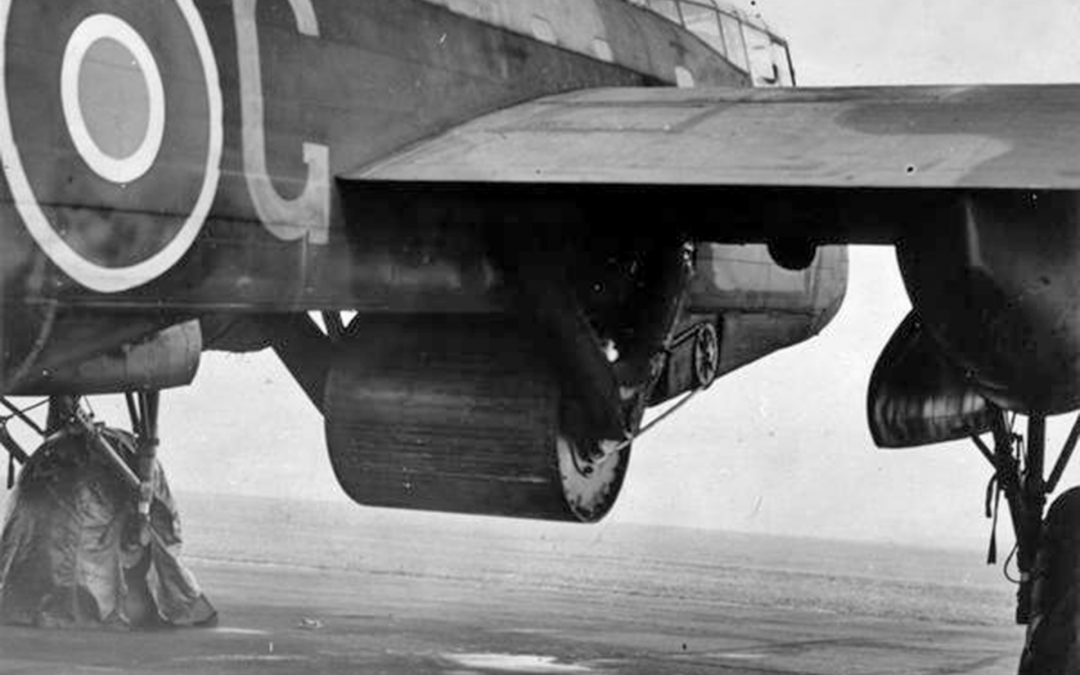 This is part three of a quadrilogy of stories about the Dambuster’s raid on the great dams of the Ruhr valley by No 617 Squadron.  Wallis faced an uphill struggle to convince the Air Ministry that his idea of bouncing a huge mine across the surface of the reservoirs, over torpedo nets and right up to the dam walls was feasible.  When finally given the go ahead he only had a few months to complete testing and then build a successful weapon.  In the meantime, a new Lancaster squadron had to be formed and trained. This is a remarkable story of genius and tenacity in equal parts. 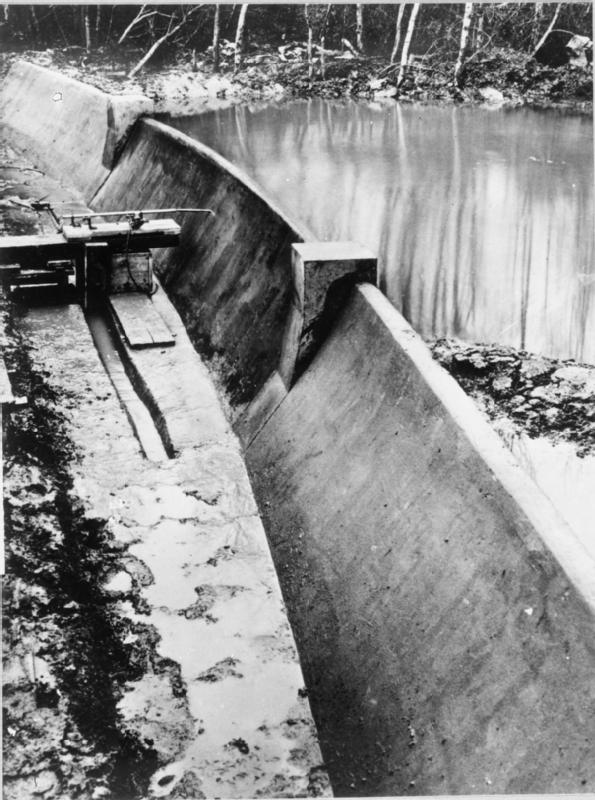 A 1:50 Scale model of the Mohne Dam, blown up to demonstrate where the Upkeep mine should be placed. 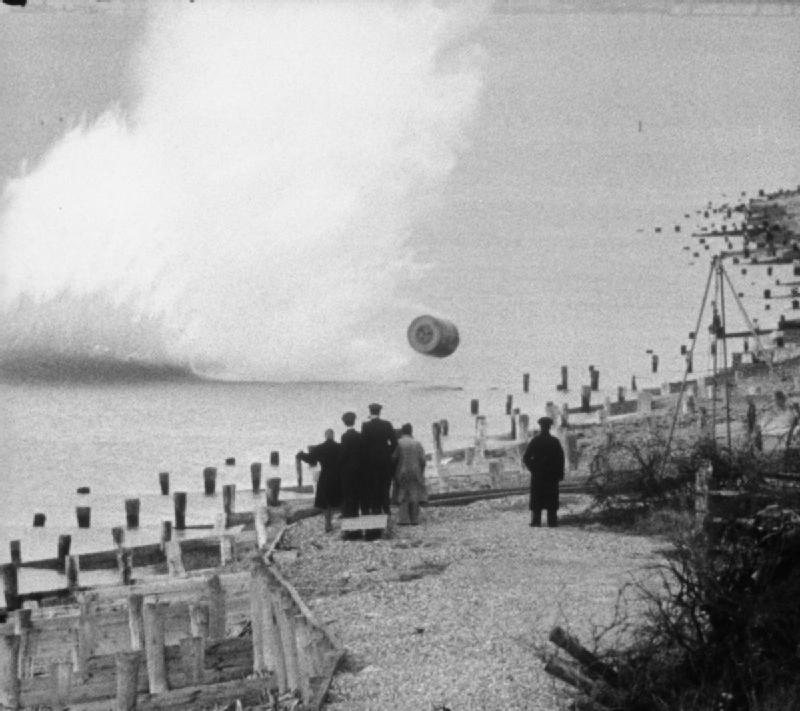 Barnes Wallis watches a successful trial of Upkeep at Reculver. 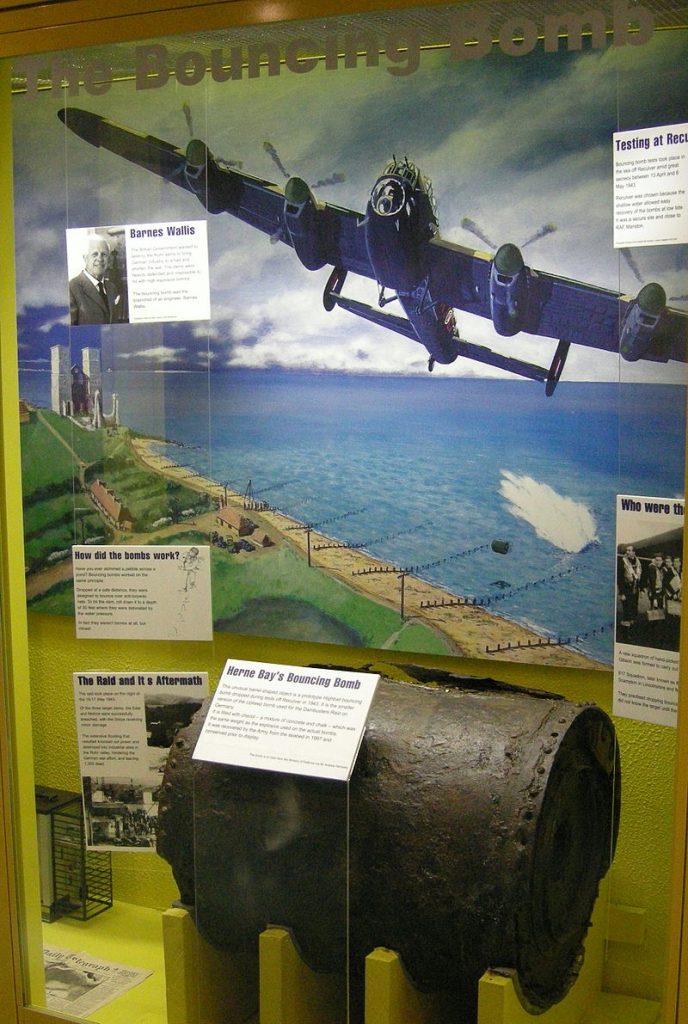 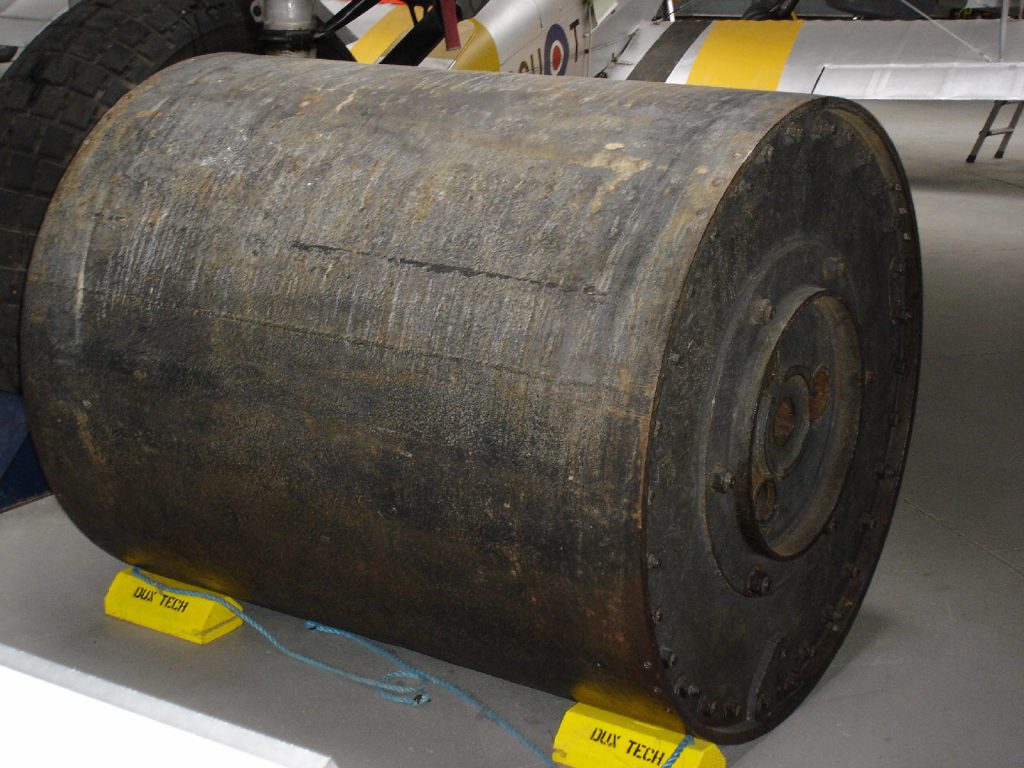 A surviving Upkeep mine. 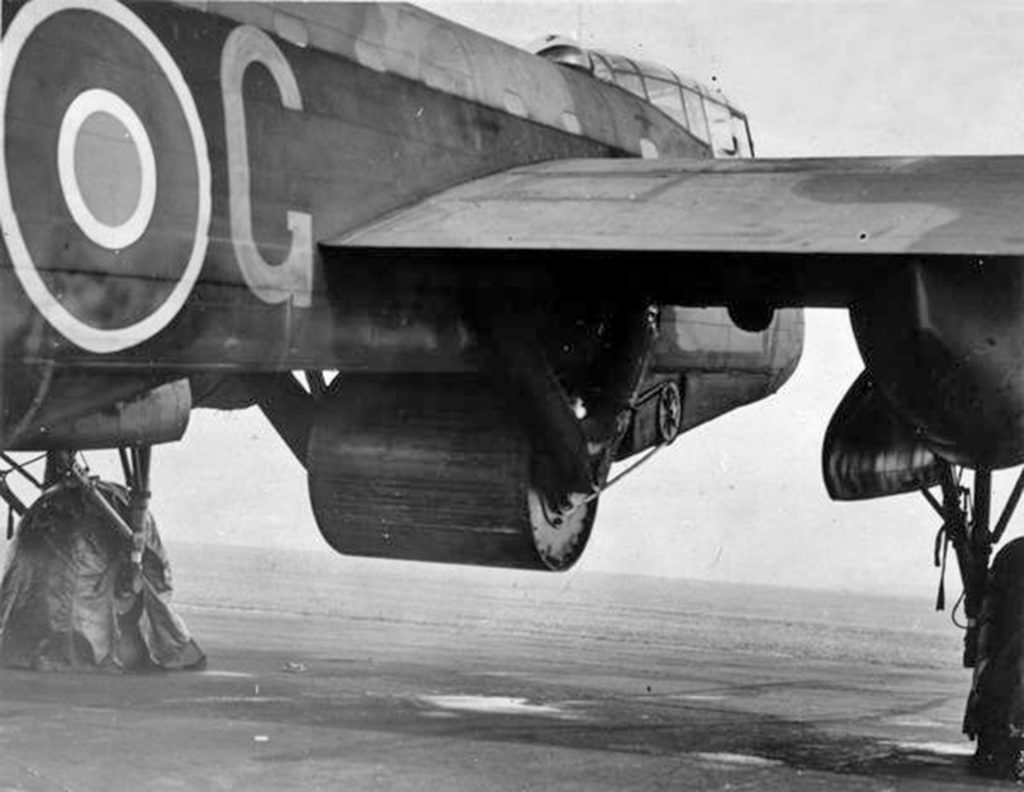 Upkeep in position under Gibson’s Lancaster with the spinning mechanism visible.

Images under Creative Commons licence, with thanks to the Imperial War Museum, Martin Richards, the RAF, the Crown and the UK Government.